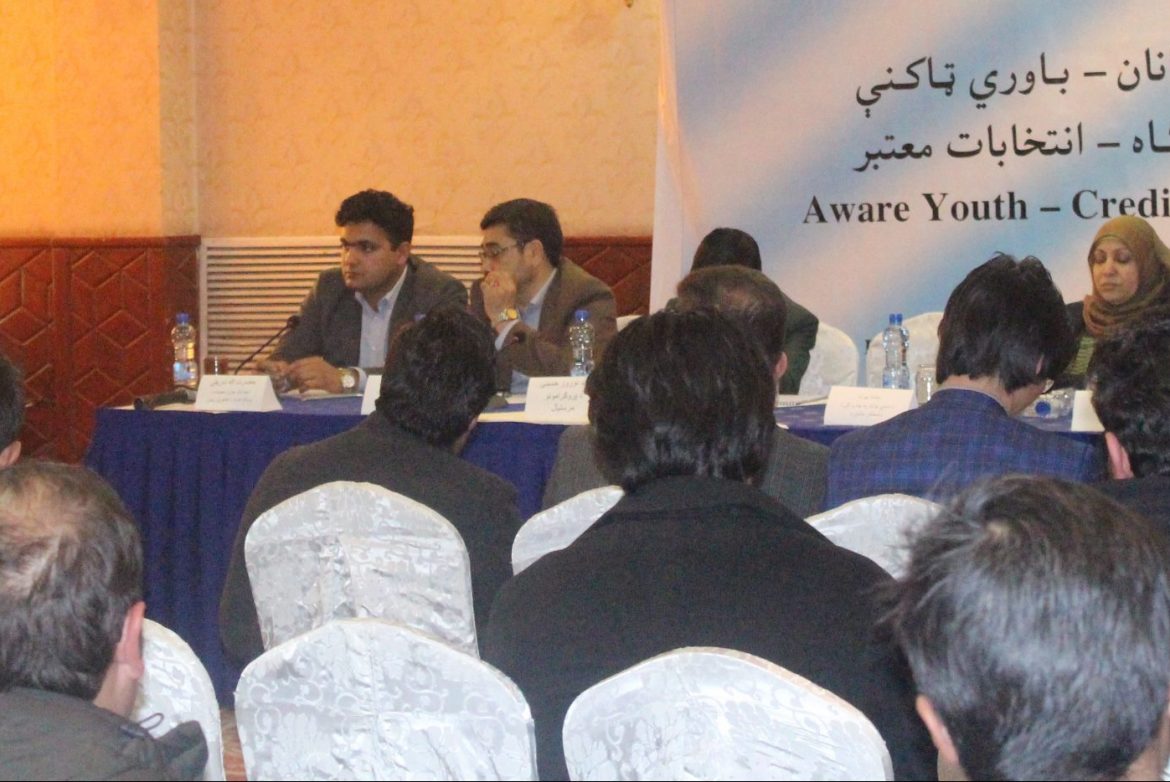 Despite National Unity Government (NUG) agreement’s conditions for electoral reform among other changes. Unfortunately, the electoral reform progress has been slow and NUG, since the commencement has been just able to announce the upcoming election’s schedule and undertake minor actions to review polling stations nationwide. While the people of Afghanistan and the international community expected that the election’s schedule should have been announced earlier.

Afghanistan Youth National and Social Organization (AYNSO), by realizing the worsening situation was able to hold two regional gatherings in Herat and Nangarhar during previous phase of electoral reform project. Throughout these gatherings, participants have indicated their concerns and majority said that the NUG would not be able to hold the parliamentary election on specified time if the situation remains the same.

The Independent Elections Commission has not been able to find financial resources from international donors although they have pledged to provide the IEC on due time. Furthermore, the insecurity, insufficient capacity of IEC staff in utilizing technology and lack of political support for election are the main challenges that should be seriously dealt with.

The Independent Election Commission of Afghanistan (IEC) as the initial practice, has recently said that it will soon start the assessment process of nearly 7,000 polling stations across the country but since then they have not been able to mobilize the staff to the site. These challenges along with the poor performance of IEC has considerably disappointed people, which has resulted in reduced public trust in elections. In order to regain public trust, there is a strong need for various sections of the society to not only work as a potential enforcing entity for the government to conduct election, but also support the fair conduct of electoral process.

During the next phase of project, AYNSO intends to incorporate some youth active associations, youth wings of political parties and colleges’ student councils not only to work as a potential enforcement upon the government to hold the elections, but also to assist in reduction of distrust throughout raising awareness and holding press conference.